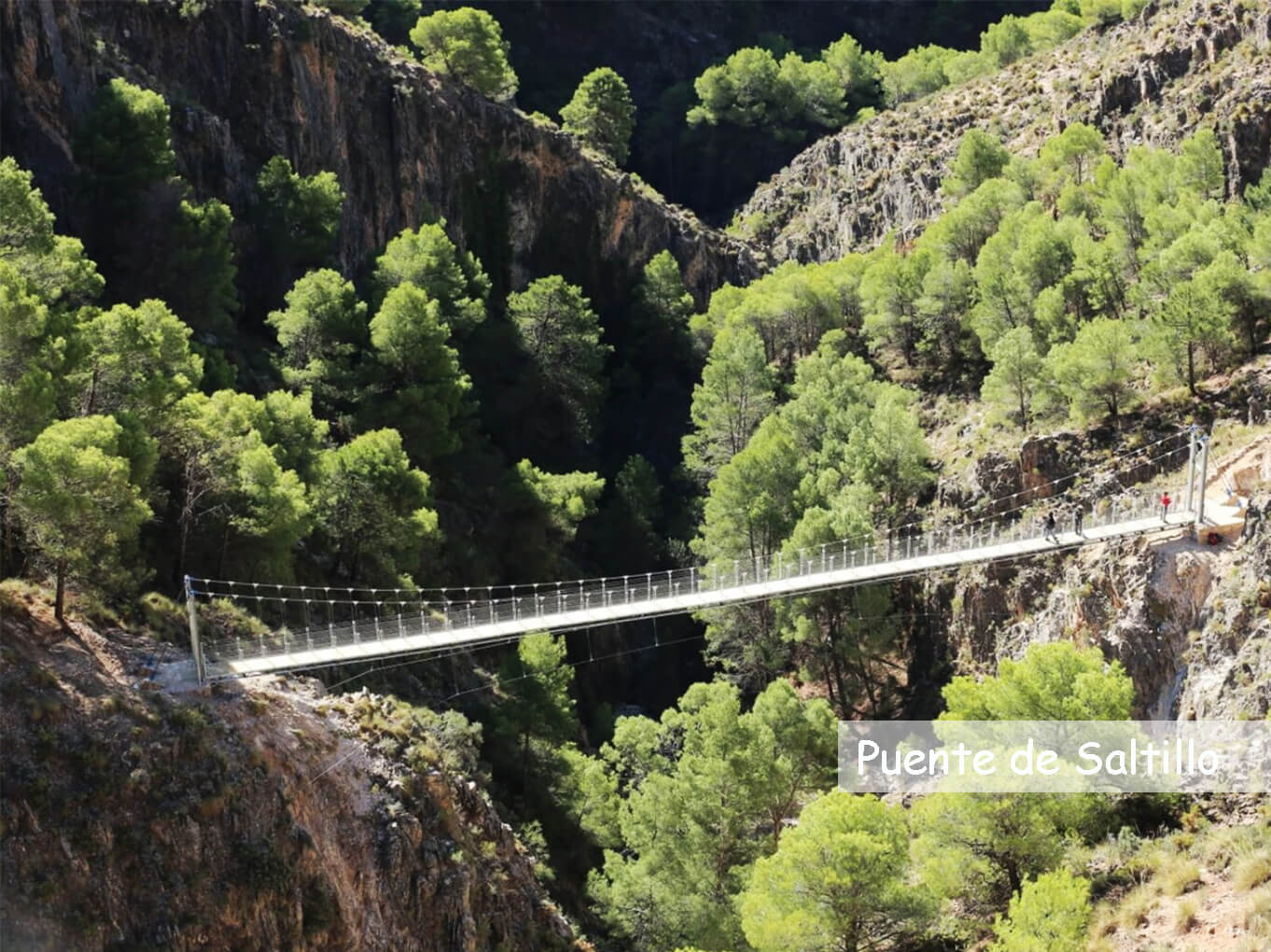 Today we come to recommend 5 hiking/biking trails in Malaga, as it is a fashionable practice throughout the country because it allows you to enjoy nature while you do some exercise without having to worry about the masks and current restrictions.

At 1,300 meters altitude today it seems impossible, but El Torcal de Antequera was once under the sea. It is not that the water reached so high, but that the landscape was rising to form one of the most striking natural scenery in the province of Malaga. Water and wind have sculpted the old seabed to create an attractive labyrinth of rock through which, yes, there are a couple of easy hiking trails very well marked not to get lost: the first, with green marks, one and a half kilometers; the second, with yellow lines, three kilometers. Both are suitable for the whole family and offer the opportunity to discover the many shapes the rocks resemble. The camel, the flowerpot or the dinosaur are some of them. Also El Tornillo, declared a natural monument.

Protected area for 90 years, in El Torcal is easy to find a mountain goat, small lizards scampering across the ground or large birds of prey and vultures that scan the horizon from the sky. An interpretation center facilitates how to learn more about the natural environment. It also has an astronomical observatory, directed by the astronomer Francisco Gálvez, where numerous activities are carried out. Among them stand out those related to the Perseids, which every August 12 fill the night with flashes of light.

Although its length -four kilometers- seems to say otherwise, the route that leads to the recently inaugurated hanging bridge of El Saltillo offers some complexity. Not so much because of the slope as because it passes next to high cliffs. Not suitable for people with vertigo and, perhaps, neither for children, this trail offers one of the most attractive images of the province of Malaga in the heart of the region of La Axarquia, east of the capital. "Here you can not appear as you want with the excuse to see the bridge, you have to come minimally prepared to avoid risks," says Juan Jose Lopez, coordinator of Environment and Promotion of the Territory of the Provincial Council of Malaga.

The trail takes its first steps between orchards from the town center of Canillas de Aceituno. "Remember that you must be in excellent physical shape," insists the access sign. Then it continues over the irrigation ditch that has historically supplied water to the municipality. Mediterranean shrubs and pine forests of repopulation alternate later in the limestone landscape. Here are also about twenty species of orchids that fly over colorful butterflies. After passing over a footbridge, the path zigzags down through a pine forest to the suspension bridge, 78 meters above the canyon of the Almanchares River. The journey can end there or continue, five kilometers further, to Sedella, another pretty white village.

The Natural Park of the Montes de Malaga is composed of 5,000 hectares of pine forest. That means a lot of surface and numerous alternatives for walking, discovering its secrets, whether natural or in the form of historical heritage. One of the most common, simple and attractive paths is the circular one that starts next to the Aula de Las Contadoras until reaching the Lagar de Torrijos and, from there, back to the beginning. A little more than 14 kilometers through land with little slope, plenty of shade and passing next to the recreational area of Torrijos, perfect to take strength and also to visit the Ecomuseum that helps to learn more about the traditions of the area.

The route starts from a parking lot near the Fuente de la Reina, on the so-called road of the mountains. A path runs from there quietly to the viewpoint of Pocopán, although before reaching it there is a short but demanding slope. The effort is worth it, because the corner offers great views of the natural park and the western part of the province of Malaga. Then, the path descends little by little next to the Chaperas stream and the Chinchilla wine press, until a wooden bridge leads to the recreational area. From there, a track crosses a dense wooded area to return to the starting point. The ventas of the so-called carretera de los montes are the ideal place to replenish energy.

Perhaps the name does not say much, but its environment surely does, because around it are located the reservoir of El Chorro and the Caminito del Rey. This hiking route through Malaga, about ten kilometers long, offers another point of view to a spectacular natural enclave surrounding the Sierra del Almorchón. A parking lot allows easy parking and the start of the route is located just a few meters away. The path starts interestingly crossing an old tunnel and, heading along the Guadalhorce River to the viewpoint of the Buitreras, with a beautiful view of the Desfiladero de los Gaitanes through which pass the walkways of the Caminito del Rey.

From there, the trail ascends -without complications- to El Convento peak and offers a couple more viewpoints on the way to recognize the surroundings. A beautiful pine forest serves as a shelter until, finally, to start the descent between sandstone rocks sculpted by nature and creating a unique landscape. Finally, the route ends next to the campsite located next to the reservoir, very close to the parking lot where the car was left. From there, depending on the season, you can kayak or paddle surf in the reservoir, taste local food in places like the 'Complejo Turístico La Garganta' (Barriada El Chorro, S / N. Malaga) or discover towns like Alora or Ardales.

The summit of the province of Malaga is a challenge for many hikers. At more than 2,000 meters of altitude the peak of La Maroma, in the region of La Axarquia, is the closest thing to the high mountain that exists in Malaga. Covered with snow during some weeks of winter, reaching it in spring and autumn becomes a great day in the countryside, although in summer it is complicated by the high temperatures. It can be reached from different points: Alcaucín, Canillas de Aceituno and Sedella from its south face, as well as from El Robledal (Alhama de Granada), on its north face.

In all cases it is a route that has between seven and eight hours of duration in continuous ascent and, in some sections, next to cut of great height as the places Salto del Caballo and Tajo Volaero. The effort, however, is well worth it. Whether to get to know a small yew forest along the way, wide views over the Mediterranean to the south, the profile drawn by Sierra Nevada to the northwest, the group of wild horses that live in the area or the thousand and one beautiful corners that appear during the route.

Are you afraid it's too much for you? Don´t worry, you can always do it with an ebike! Plus, it is definitely more FUN! 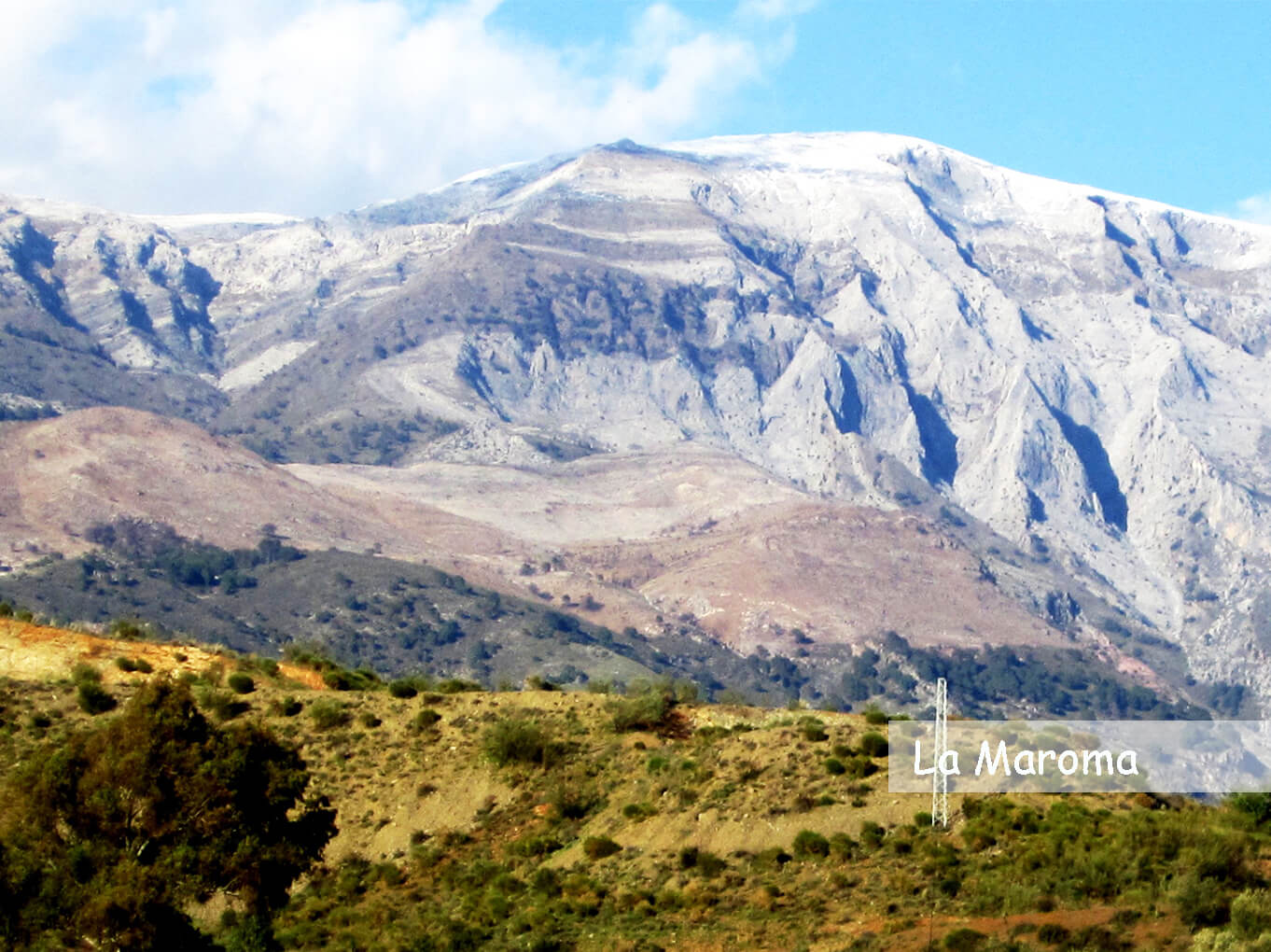 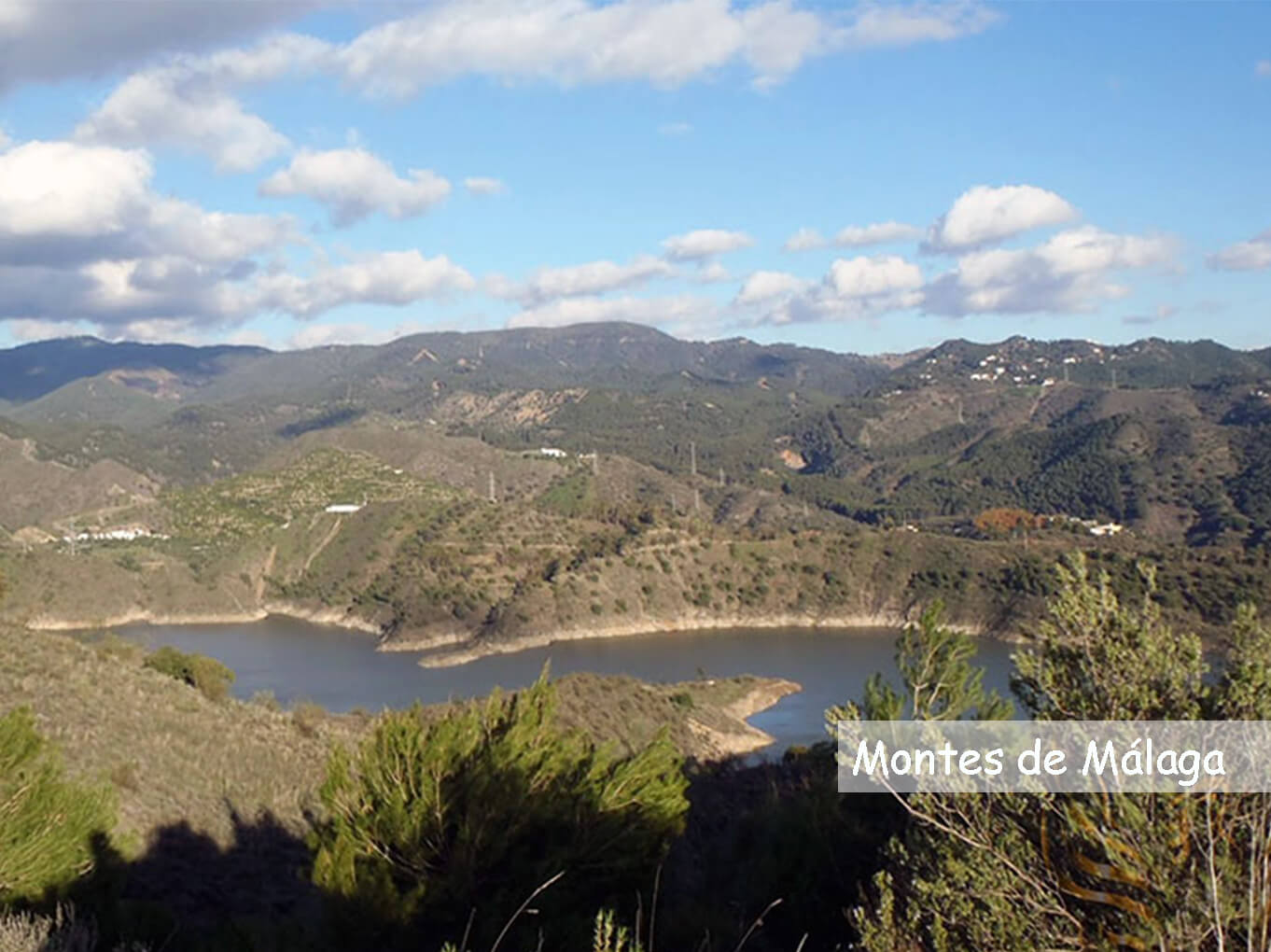 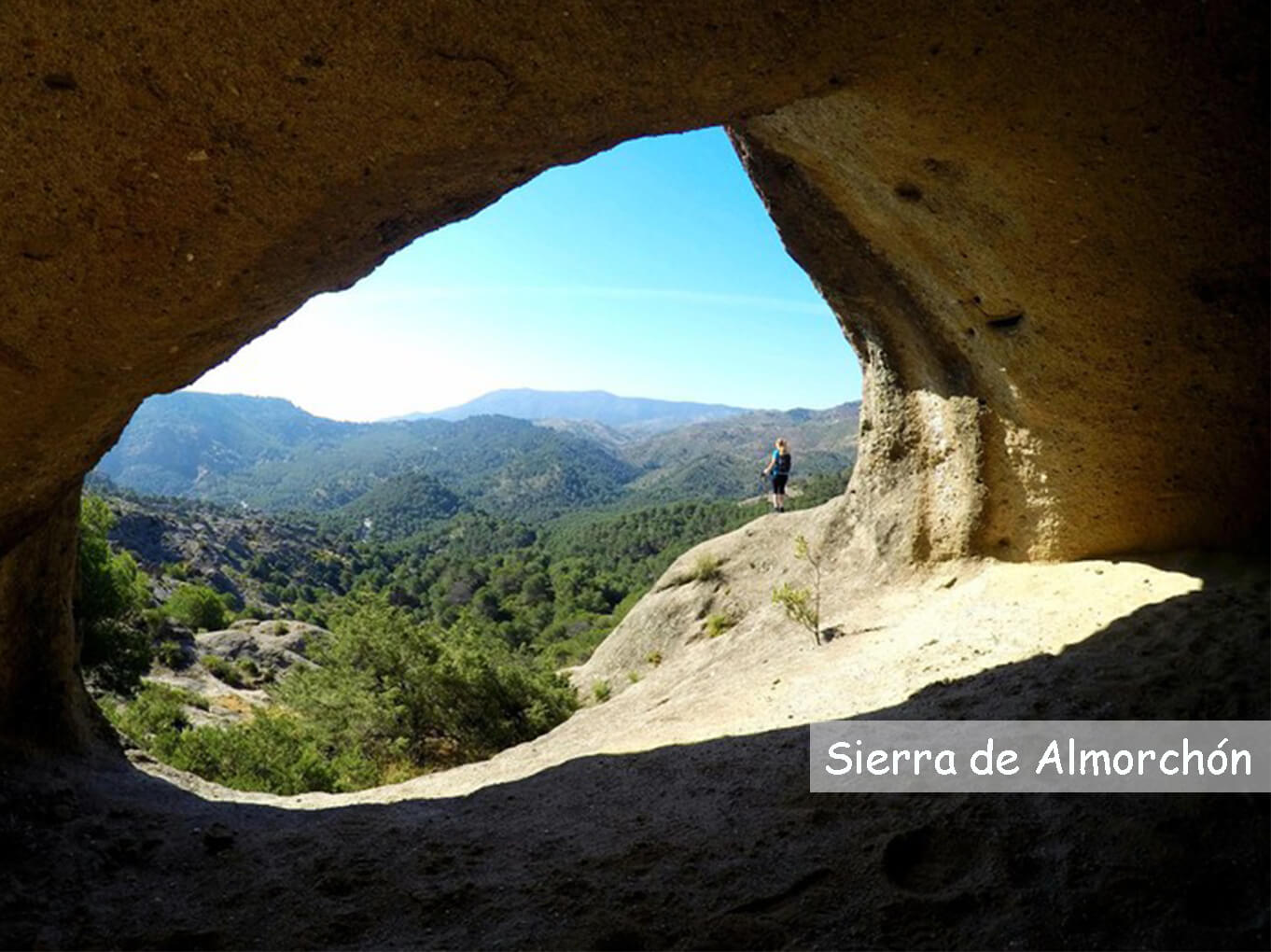 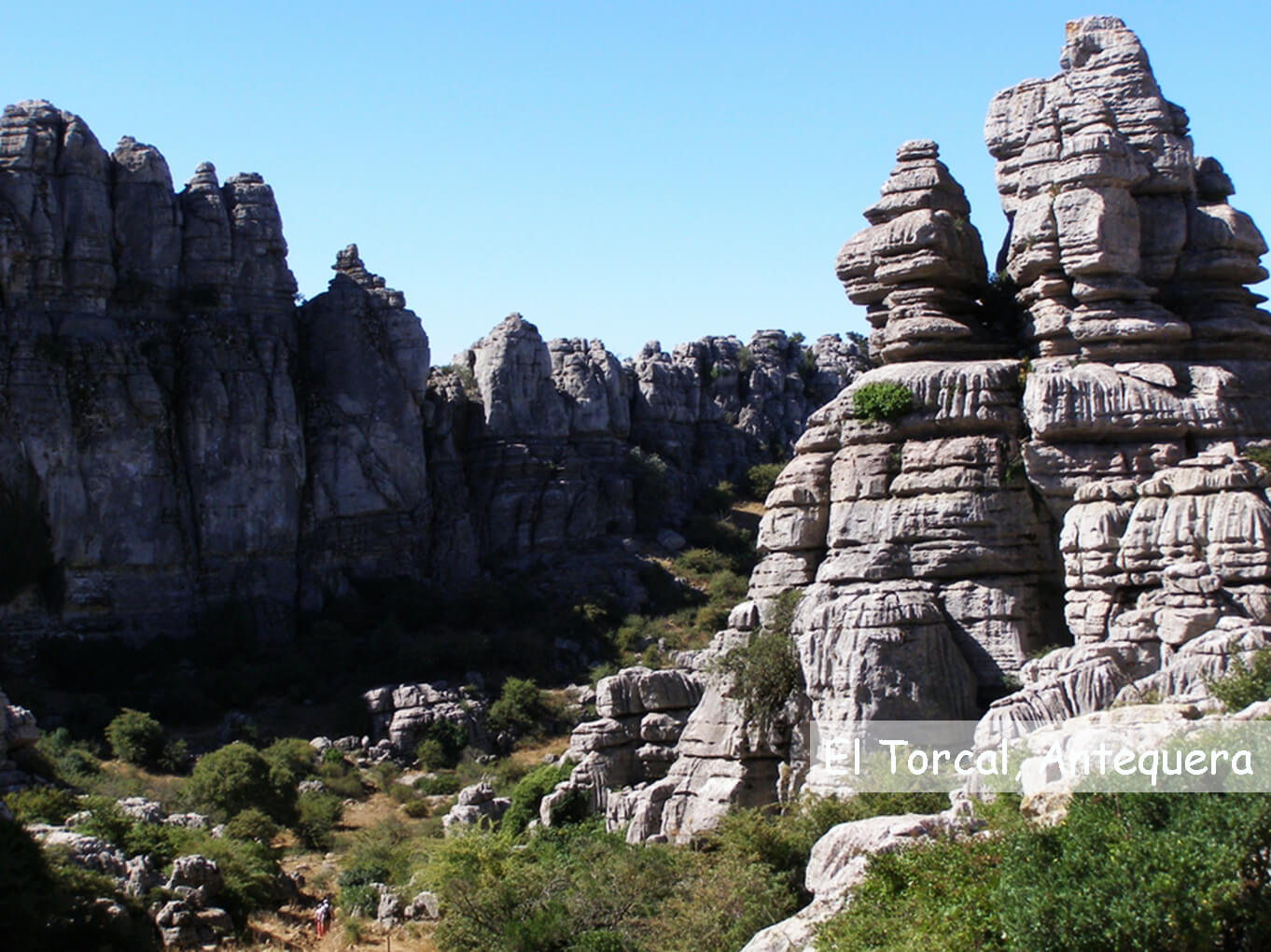